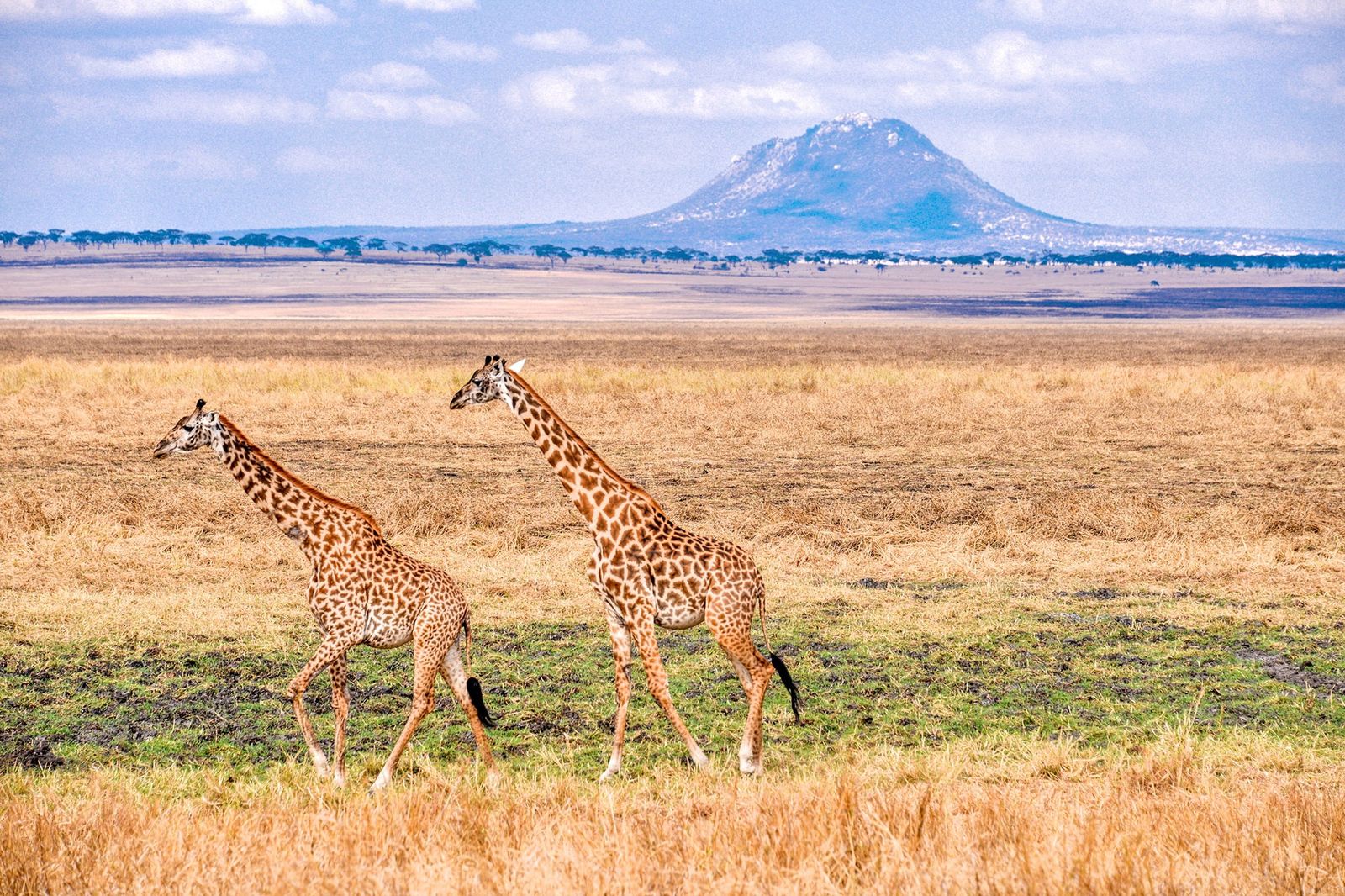 Ngorongoro Crater is a large and unbroken volcanic caldera. It is one of the most spectacular safari destinations in Africa, with incredible scenery and game viewing. The crater is 610m deep and the floor is 260km squared.

It was created as a result of an imploded volcano, establishing a unique caldera that stretches 20km in diameter, is home to its very own eco-system and is teeming with indigenous wildlife. Located right near the famous Serengeti National Park, it is ideally located for visitors to explore the variety of plant and animal life living within the crater walls.

This is one of the most magnificent tourist destinations in Africa unparalleled in its distinguished scenic beauty, wildlife and atmosphere. The Ngorongoro Conservation Area (NCA) is an area situated 180km west of Arusha in the Crater Highlands region of Tanzania.

Land in the conservation area is multi-use, it is unique in Tanzania as the only conservation area, providing protection status for wildlife whilst allowing human habitation. The NCA is usually visited on the return journey from the Serengeti to Arusha. Stunning views and unique landscape are a certainty when visiting this spectacular region.

Ngorongoro Crater is one of the most spectacular and unique game reserves in the world. It is easily accessible by road or short flight from Arusha town and naturally forms part of the "northern safari circuit" which also include Tarangire , Lake Manyara and the Serengeti .

Visits to the Crater floor are restricted to half day visits to allow for the large numbers of visitors who all want to see this small reserve. It is easy to cover the entire reserve in the half day allowed. Most camps then provide walking trips on the rim of the crater for the rest of the stay.

The views from the camps along the rim of the Crater spectacular, and it is highly recommended to spend some time relaxing and taking in the views and doing some bird spotting. Birds of prey can often be seen floating over the crater.

Gibb's Farm : Gibb's Farm is a perfect location to be based to visit Ngorongoro Crater. Even though it is outside of the reserve, it is easily accessible from the farm. We recommend Gibb's Farm as it offers a break from constant safaris, with walks in the forests above the farm, walks around the coffee plantations and community visits.

Pakulala Safari Camp is located on the edge of the popular Ngorongoro Crater offering breath-taking views of the Crater floor. The interior of the 11 tents are designed with a combination of modern and classic touches including the en-suite bathrooms.

Safaris in Tanzania begin at Arusha, which is situated close to the northern safari locations.

Sun Safaris will fly guests to Kilimanjaro International Airport, which is the primary receiving airport in Tanzania. This airport is only a few kilometres away from Arusha airport, which is the safari node of the country and where most light air transfers take off from.

Once guests have landed at Kilimanjaro, they will connect with a road transfer that will take them to Arusha airport. Depending on timing of guests' itinerary, they might spend a night in Arusha before heading off on a scheduled flight to an airstrip or airport nearer their safari destination.

Ngorongoro Crater is a spectacular northern Tanzania safari destination, neighbouring the Serengeti. Guests will fly from Arusha to an airstrip near the Crater and connect with a road transfer that will take them to the lodge.

A population of about 25,000 large animals, including the highest density of mammalian predators in Africa, lives in the crater. These include black rhinoceros, hippopotamus which are usually very uncommon in the area. There are also wildebeest, zebra, eland, Grants and Thomson's gazelles.

The crater has the densest known population of lion. On the crater rim are leopard, elephant, mountain reedbuck and buffalo. Lake Magadi, filled by the Munge River in the centre of the crater is, like many in the rift valley, a soda lake supporting flocks of flamingo and a variety of other water birds.

More than a 100 species of bird not found in the Serengeti have been found in the crater including; ostriches, kori bustards, secretary birds, and crowned cranes as well as vultures, egrets, herons and geese.

Half-day game drives are conducted on the Crater floor, but there are no lodges located down there in order to preserve the wilderness and to keep it a pristine game viewing area. 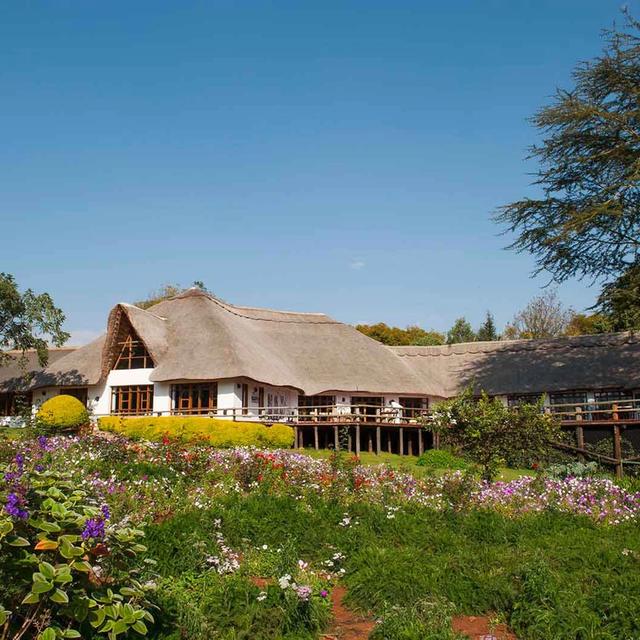 Ngorongoro Crater Lodge offers a combination of modern luxury and traditional old Africa in classic Maasai mud-and-stick-style suites. It has one of the best views of any game lodge in Africa.

Gibb's Farm is situated on the outer slopes of the Ngorongoro Crater and offers magnificent views of the surrounding farmlands. Gibb's Farm is a working farm and the forested slopes to the rear of the farm are home to a variety of wildlife. 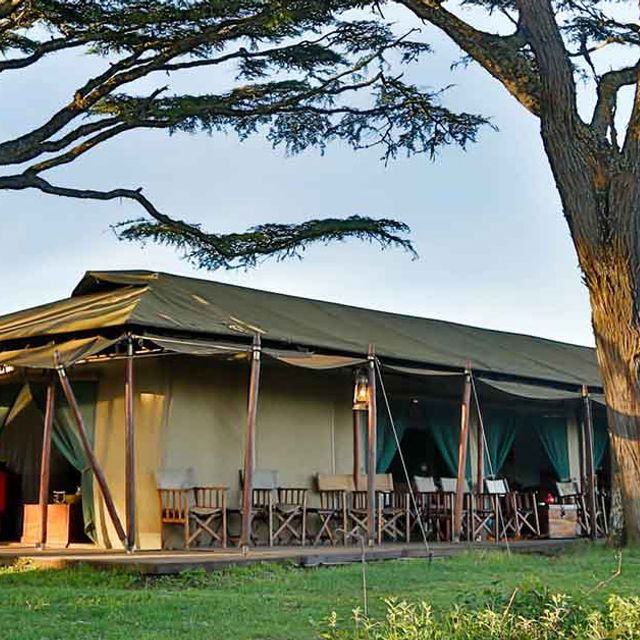 Crater Forest Camp is a traditional tented safari camp situated on the edge of the Ngorongoro Tropical Forest in northern Tanzania.

The Manor at Ngorongoro

Located adjacent to the famous Ngorongoro conservation area and within a 1500-acre Arabica coffee estate, The Manor is reminiscent of an elegant up-country farm home in the Cape Dutch-style of architecture. 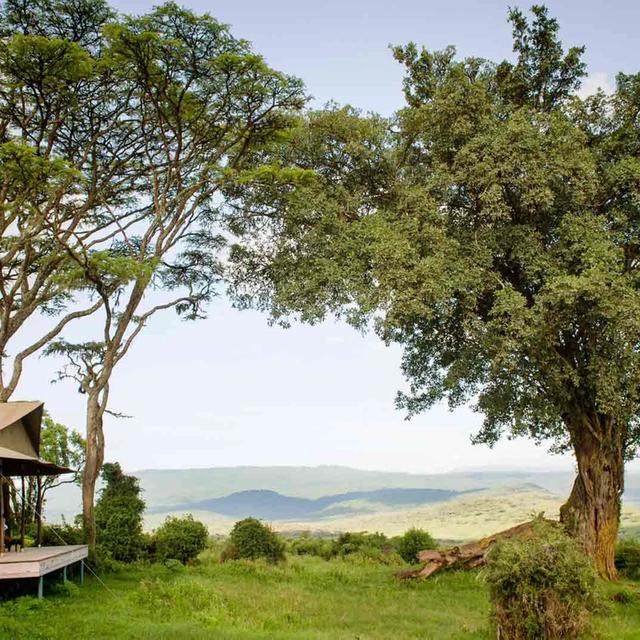 Tloma Lodge is an exclusive petite 36-cottage lodge situated within the Ngorongoro Highlands Area. Activities at the lodge include guided and cultural walks, body massages, and honeymoon packages for newlyweds.

Kitela Lodge is a small, exclusive lodge situated on top of a valley overlooking a coffee plantation, the Eastern wall of the Ngorongoro crater and a beautiful waterfall. 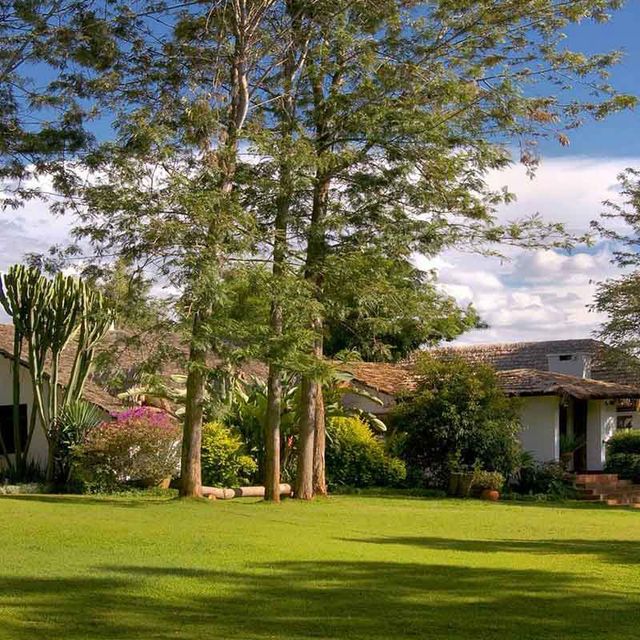 Ngorongoro Serena Lodge offers guests the opportunity to visit one of the world's most incredible natural wonders, the Ngorongoro Crater, a UNESCO World Heritage Site and natural phenomenon.75 stylish rooms situated around the crater rim.

Bougainvillea Safari Lodge is located on the outskirts of Karatu town about midway between Lake Manyara and the Ngorongoro Crater. It was opened in march 2006 by a local onion farmer, and a chef, who saw potential in the comfort it provides. 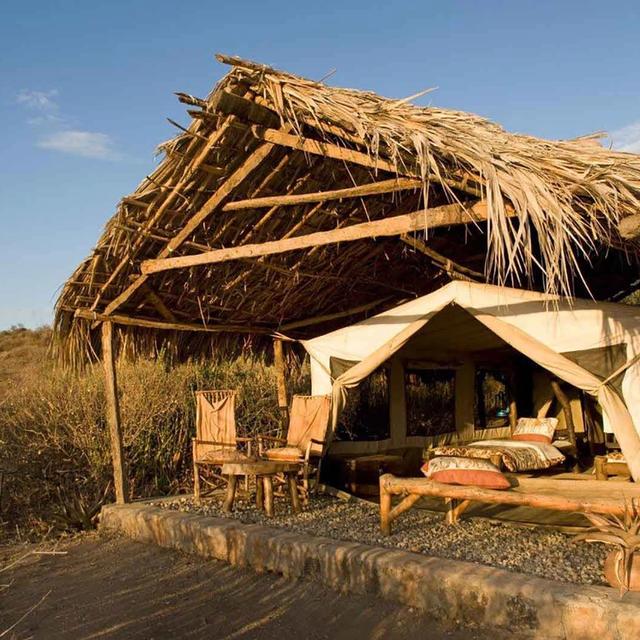 Endoro Lodge is a permanent lodge set on the foothills of the Ngorongoro Highland Forest just outside of the Ngorongoro Conservation Area. Walking trails led by Maasai guides expose the stunning array of bird and animal species, many of which are hard to see elsewhere.

Pakulala Safari Camp is situated on the edge of the Ngorongoro Crater of Tanzania and consists of 11 luxurious tents. The tents are designed with modern and classic touches offering beautiful views of the crater floors. 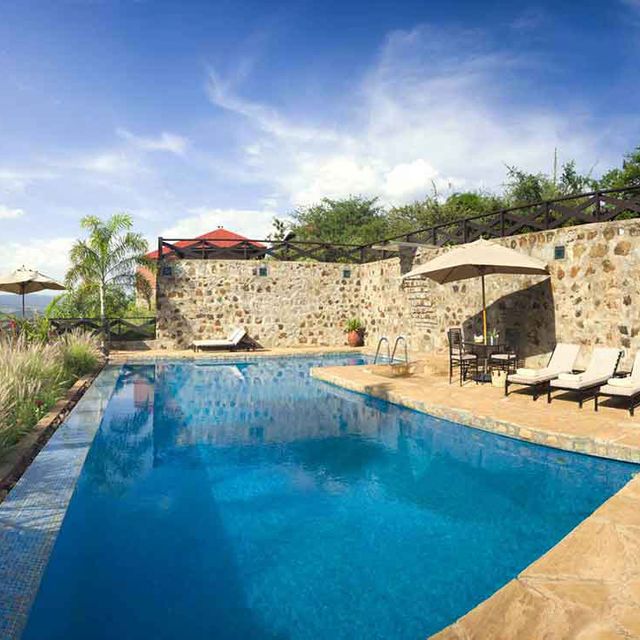 Neptune Ngorongoro Lodge is situated on a hillside in some 20 hectares of land on the doorstep of Ngorongoro Crater. 20 Luxurious cottages are set amongst well-maintained gardens with lovely views over forested slopes.