Embark on a Kenyan adventure safari in 3 great game viewing areas. 8 Nights in total; guests begin their tour in the capital city, Nairobi, before moving onto the Amboseli, Laikipia District and the Masai Mara.

Embark on a Kenyan adventure safari in three of the greatest game viewing areas this magnificent country has to offer. Eight nights in total; guests begin their tour in the capital city, Nairobi, where they will be invited to explore the vibrant culture and visit the various markets, museums and villages in and around the city. After one night at the fine Fairmont the Norfolk Hotel, guests begin the wildlife viewing with a trip to Amboseli National Reserve, which is one of the best Reserves in East Africa; encompassing a wide range of vegetative habitats and hosting Kenya's biggest elephants. After two nights in this Park at Porini Amboseli Camp, guests will be transferred to the Ol Pejeta Conservancy, which is a 90,000-acre private wildlife conservancy situated on the equator, in Kenya's Laikipia District. The Ol Pejeta Conservancy boasts an astounding variety of animals, including the Big Five, the endangered black rhino, Grevy’s zebra, Jackson’s hartebeest, cheetah and chimpanzee. After two nights here at Porini Rhino Camp, guests will be transferred via light air charter and by road to the Masai Mara, Olare Orok Conservancy. Famous for predator viewing and, of course, the Annual Wildebeest Migration, three nights at Porini Mara Camp will embody the perfect end to this memorable Kenyan safari.

From US$4700 per person sharing

As with all the tours on our website, this is just an example of the safaris we are able to arrange. We take pride in creating holidays and safaris from scratch, placing particular emphasis on matching the destinations and properties to your budget. Contact us now to start the process of arranging your dream holiday and safari.

After arriving at the airport in Kenya's capital city, Nairobi, guests will be transferred by road to Fairmont the Norfolk Hotel, which is one of Kenya's finest hotels set in its own tranquil and private gardens, only a short distance from the city centre. The hotel is still the traditional starting point for Kenyan safaris and the Lord Delamere Terrace is modern Nairobi's most renowned meeting place.

All 165 rooms at Fairmont The Norfolk hotel are luxuriously furnished and have plush carpeting with deep, velour soft furnishings. There are 6 restaurants in the hotel to suit every moon and palate, a heated outdoor swimming pool, health club with gym, sauna and steam room, beauty salon, book shop and gift shops. A variety of activities are available in the area to keep children and guests entertained including a visit to the Elephant Orphanage, Karen Blixen Museum, Daphne Sheldrick Animal Orphanage, The Matbronze Art Gallery and Foundry, Kazuri Beads to purchase pottery and beads, Nairobi National Park, the only wildlife reserve in the world located right next to a major city.

After a pleasant evening spent in the comforts of Nairobi's Norfolk Hotel, guests can prepare to experience the traditional Masai safari. A road transfer will transport guests from Nairobi into Amboseli National Park where their accommodation for the next two nights arelocated. This Park, famous for hosting Africa's largest elephants will be explored via day and night game drives, sundown walks with Masai guides and a visit to the traditional local village.

Porini Amboseli Camp is situated in the Selenkay Conservation Area near the northern boundary of Amboseli National Park in Kenya. The Conservancy is an important dispersal area for wildlife moving in and out of Amboseli and holds a wide diversity of species. The 9 luxury safari tents are delicately positioned under the Acacia Tortilis trees. The large comfortable tents are furnished with double or single beds, solar electric lights and an en-suite bathroom with safari shower and flush toilet. Meals are served under the acacia trees and after dinner drinks are held at the campfire as you listen to the sounds of the African night. This is a glorious natural alternative to what is usually expected, as there are no permanent structures; such as, a bar or a restaurant, and guests are invited to indulge in the open African surroundings.

After the final game activities and a light breakfast at Porini Amboseli Camp, guests are transferred for a scheduled light air transfer to the Nanyuki Airstrip. Upon arrival they will be met and road transferred to the camp in the Ol Pejeta Conservancy in Laikipia. The combination of amazing wildlife and stunning views across the open plains of Ol Pejeta guarantees an unforgettable safari experience. Ol Pejeta Conservancy has a large area of over 60,000 acres reserved exclusively for 4x4 safari vehicles and small exclusive eco-camps.

Porini Rhino Camp is a tented safari camp set at the bottom of the Laikipia Plateau in the foothills of the Aberdares and Mount Kenya, on a gorgeous semi permanent stream. The camp consists of six spacious guest tents, each comfortably furnished with en suite bathrooms. The camp is very environmentally-friendly with solar powered lighting and no generator, so there is a real ambience of wild Africa. There's an al fresco theme when it comes to dining at Porini Rhino Camp whereby guests can enjoy picnic lunches out in the bush and sundowners while out on game drive.

On the sixth morning of the safari, guests are transferred by road to Nanyuki airstrip for a scheduled light air transfer to the Masai Mara National Reserve, Olare Orok Conservancy. Upon arrival guests are met and road transferred to Porini Mara Camp where they will spend the final three nights of the safari.

Mara Porini Camp is located less than 18kms from the Masai Mara park boundary, giving it the perfect gateway into the famous Park from their private conservancy. Porini means 'in the wilds' and the camp keeps true to its meaning - it is an open safari camp making it not uncommon for guests to receive nightly visits from grazing buffalo and elephant. Consequently Masai guides accompany guests to the tents, ensuring safety. Mara Porini Camp has 6 guest tents pitched in the shade of the yellow-barked acacia trees along the banks of the Laetoli, a permanent spring within the Ol Kinyei conservancy.

Day 9 - Depart back to Nairobi Airport

After breakfast and morning activities, guests are transferred by road back to Nairobi airport in time for their onward travel arrangements.

Contact.
Similar Tours and Packages
From US$1700 per person sharing 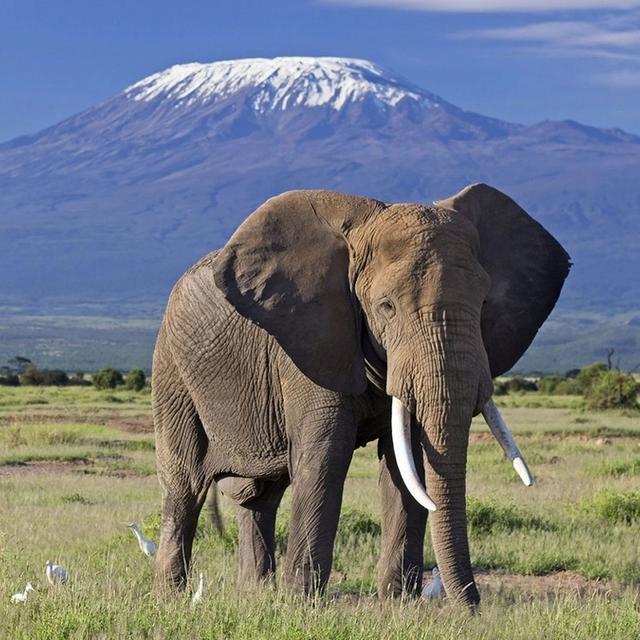 Exclusive 8-night Classic Kenya Safari for families to the famous Masai Mara reserve, home to the Great Wildebeest Migration from July to October. Next, travel to Mombasa for a tropical African beach break, creating the perfect East African beach&bush safari.

Discover More
From US$2700 per person sharing

This 4 night introductory tour allows you to explore the famous Masai Mara migration in Kenya from July to October and enjoy fantastic game viewing all year round.

Discover More
From US$5690 per person sharing 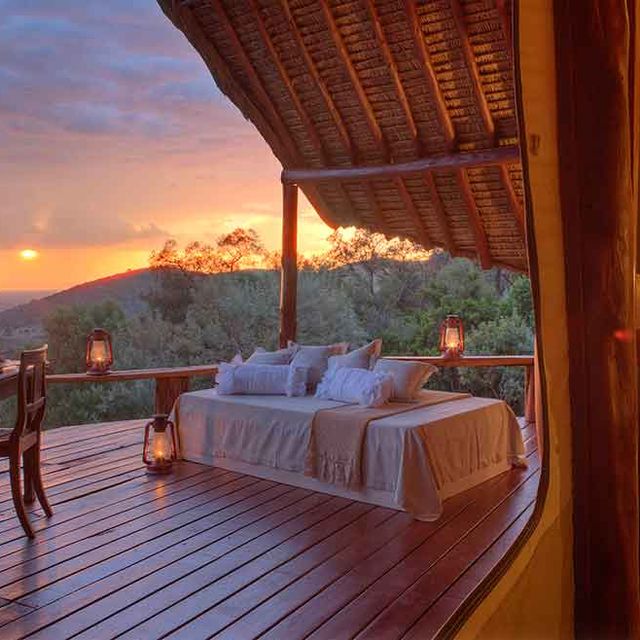 Discover More
From US$5500 per person sharing

Travelling on a budget but still want to experience the highlights of Kenya? Then this 11-night itinerary is ideal. Travel with your private local guide and safari vehicle and drive around the countryside to Kenya’s best and most beautiful areas.

Discover More
From US$3300 per person sharing 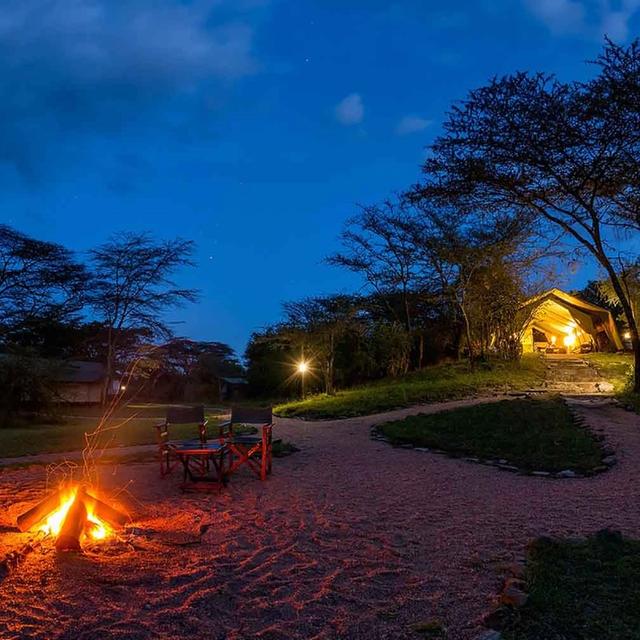 This adventurous 7-night Kenya Escape Adventure Safari takes guests from the bustling capital city, Nairobi, to the best game reserves Kenya has to offer. After 1 night in Nairobi, guests will be transferred to the Samburu National Reserve, Lake Nakuru National Park and the famous Masai Mara.