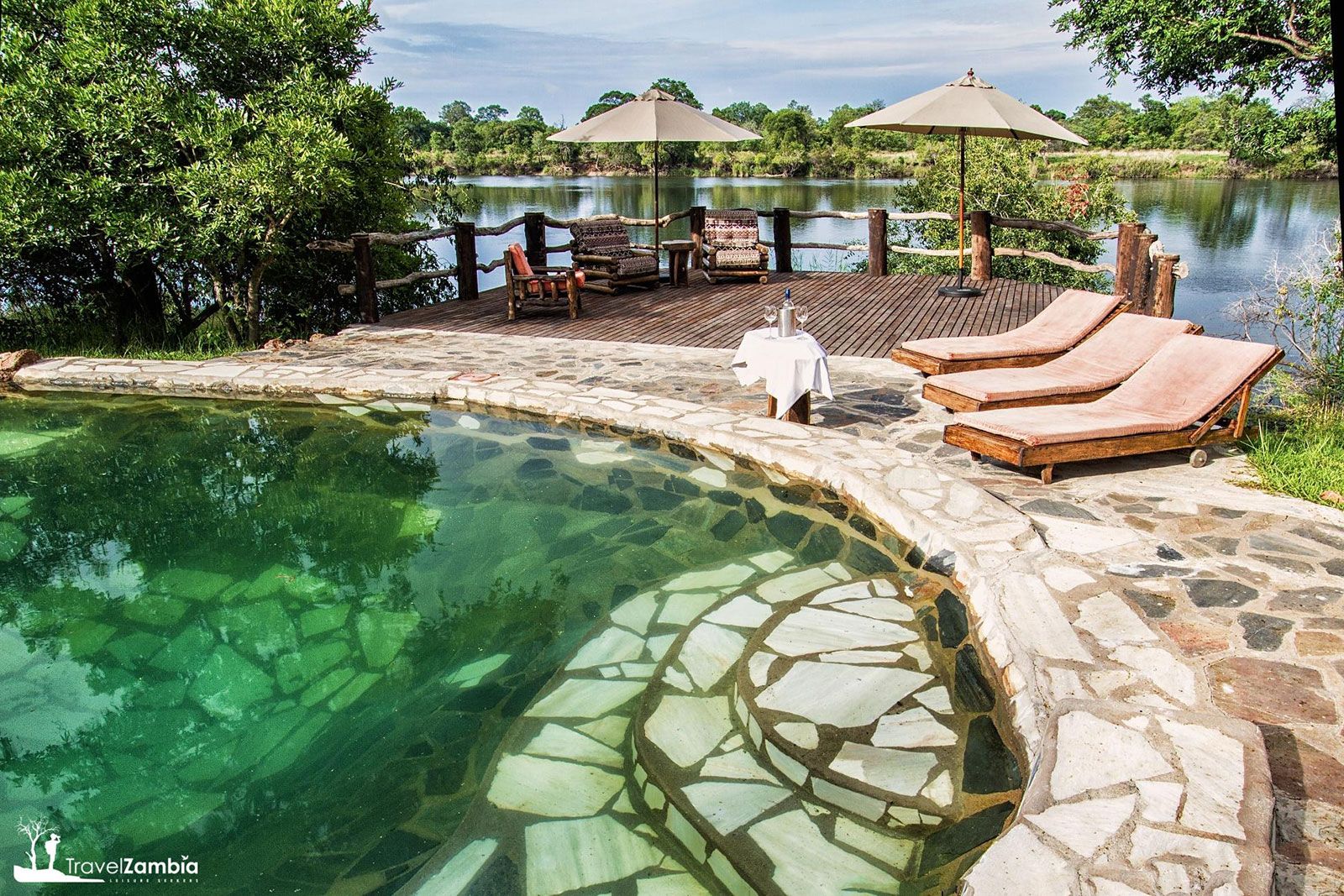 Hippo Lodge offers a traditional bush experience with no electricity in a remote corner of the Kafue National Park in Zambia. The area promises an exclusive wildlife experience offering superb game viewing and spectacular views over the Kafue River.

Kafue National Park is one of Africa's prime game parks and it hosts 158 species of mammal, 481 species of bird and 58 species of fish; it is a nature lovers' paradise. The area offers prolific birding as well as fishing opportunities. The wide range of habitats in Kafue National Park, including riverine forests, miombo woodlands, flood plains and grassy dambos, park-like savannah and almost impenetrable thickets, provide the most beautiful African backdrops to a wide diversity of animal and bird life. Guests can expect to see a variety of wildlife, including hippo, crocodile, warthog, impala, puku, bushbuck, kudu, hartebeest, sable, waterbuck, buffalo, elephant, lion, leopard, cheetah, hyena, and wild dog, plus many smaller species. The bird life is abundant with almost 300 species recorded in the Hippo area. A constantly growing Hippo Lodge bird list is available. Recorded within the area are unusual species such as the African Finfoot, African Skimmer, Rock Pratincole, Crowned and Wattle Crane, Saddle-bill Stork, Racket-tailed Roller, Sharlow's Turaco, Ross's Turaco, Pel's Fishing Owl, Crowned Eagle (which are nesting in camp) and the ubiquitous African Fish Eagle. 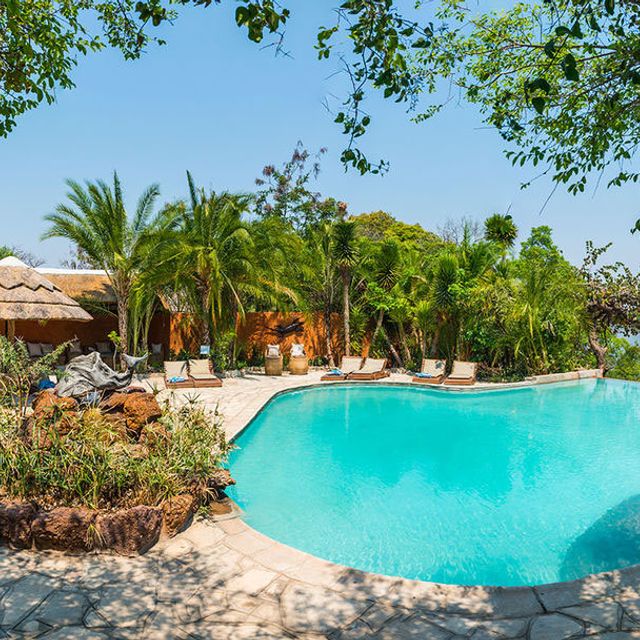 Leopard Lodge offers a unique location in the Kafue National Park in Zambia. Zambia offers some of the wildest and most remote game areas on the continent; the Lodge is a small and intimate and offers a tranquil setting on the banks of the Kafue River. 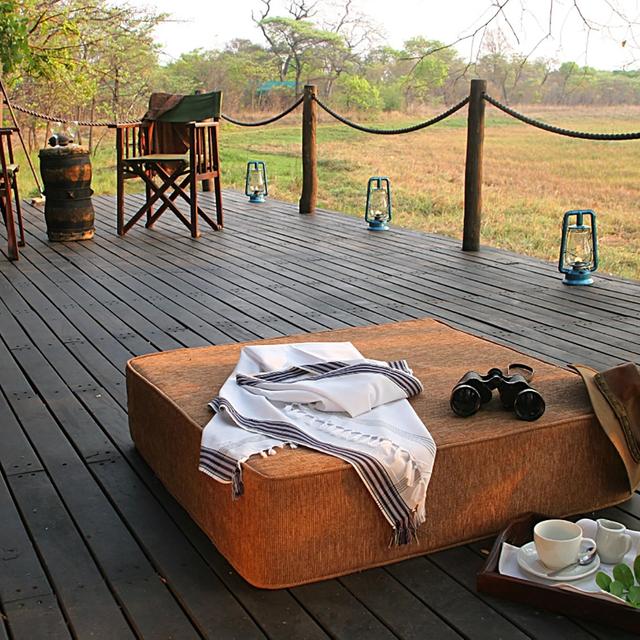 Shumba Camp offers the ideal location in the remote Kafue National Park in Zambia to benefit from the plains game and predator concentrations of the Busanga Plains; guests will be able to experience close encounters with wildlife.

McBrides Camp has been rated by many guests and photographers as one of the best African wilderness experiences on the planet. This remote, wild and untouched corner of the Kafue National Park in Zambia promises to offer a unique and personal safari experience.

Discover More
From US$5350 per person sharing 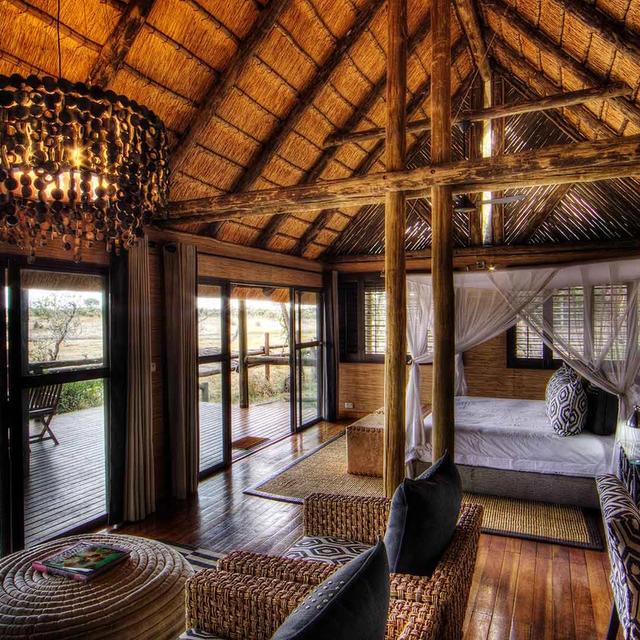 Enjoy an 8-night luxury and exclusive safari in Botswana and Victoria Falls. You'll explore the Delta, wildlife reserves teeming with the Big 5 and the majestic Vic Falls. A great itinerary for newlyweds and die-hard romantics.

McBrides Camp has been rated by many guests and photographers as one of the best African wilderness experiences on the planet. This remote, wild and untouched corner of the Kafue National Park in Zambia promises to offer a unique and personal safari experience.