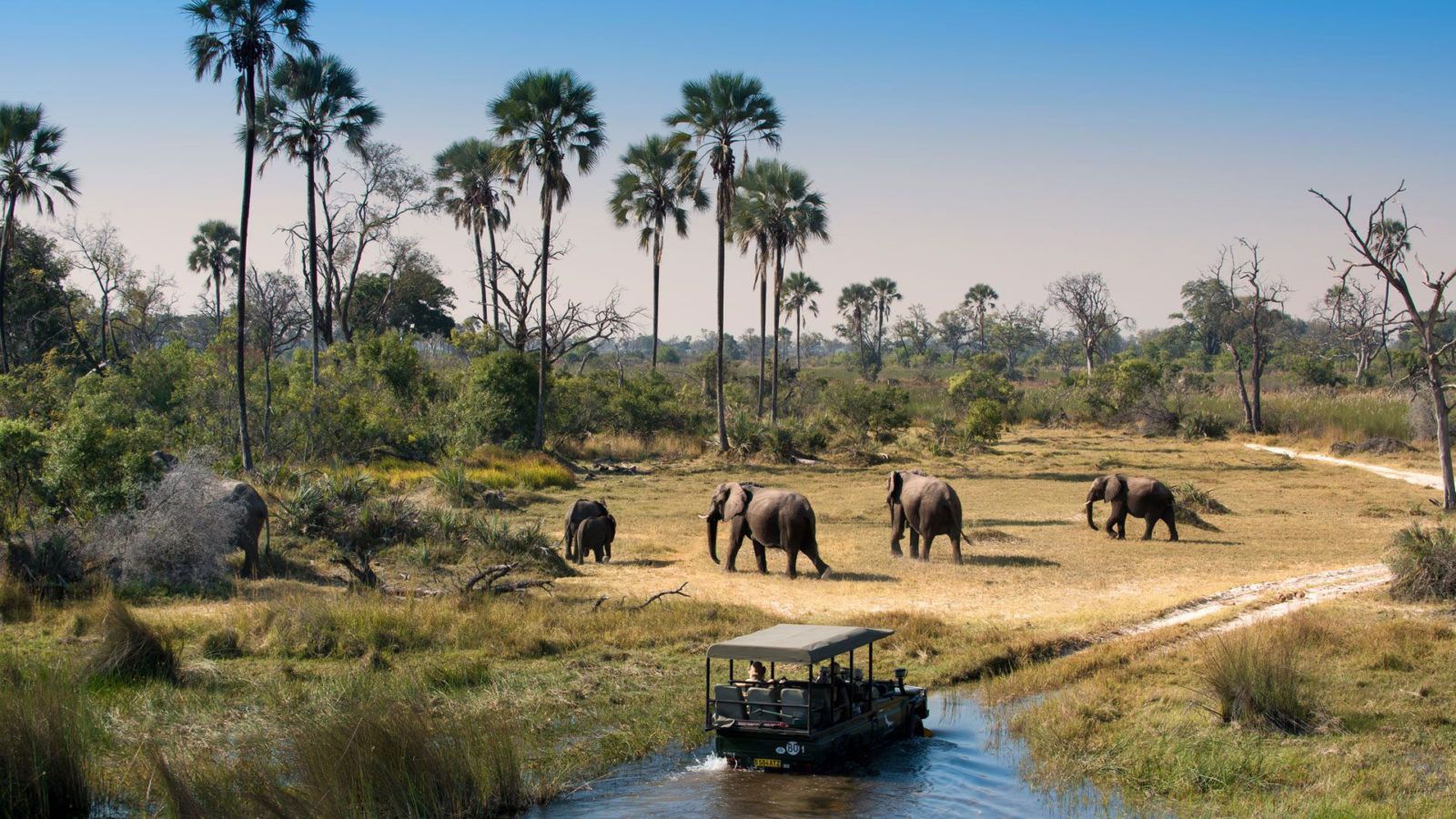 The annual migration of the Serengeti and Masai Mara is one of the safari highlights of Africa.

The below monthly movement maps are roughly according to the movements in 2007, but these should only be used as simplified approximations.

The Great Migration is never exactly timed as the movement of the Wildebeest depends on seasonal factors such as rainfall, grazing, fires, etc. But, generally speaking, most years they will stick to their usual pattern. Most people want to witness the famous river crossings which take place in two different areas. The first is the crossing of the Grumeti River in the western Serengeti around May/June. The second (and bigger) crossing is over the Mara River in the Masai Mara in August/September where huge crocodiles wait and the herds have to make enormous leaps to get into the water.

Alternatively, one of the best times to be there is February. This is when the migration congregates in the southern plains of the Serengeti to begin calving season. Watching over a million Wildebeest give birth is something of a miracle and of course the drama that follows with the roaming prides of lion which follow the herds, large clans of Hyena and of course resident Cheetah makes for an action packed safari. February is also green and lush.

The wildebeest and zebra are distributed over a wide area moving slowing and grazing.

The migration is in the short grass plains of Ndutu.

The heavy rains are approaching from the north and the short grass plains are starting to take strain.

The best place to be based is in Seronera, Ndutu or Kusini. The locations are all within easy reach of the wide area covered by 2 million wildebeest, zebra and Thompson's gazelles. The large numbers of wildebeest have foaled.

Heavy rains have set in. The migration is slowly moving towards the central Serengeti woodlands and on towards the western corridor. The wild flowers come out in full bloom.The movement of vehicles is very restricted due to the heavy rains and muddy conditions. The best place to be based is in Ndutu or Seronera, but this time of year will only appeal to the ardent safari lover. On a positive side, there are very few people around.

The migration path moves west towards the Western Corridor of the Serengeti. The long grass plains and woodlands provide food.

The best place to be based is in Kusini or Seronera. The rains and muddy conditions mean that tracking the migration can be hard.

The dry season has set in and the wildebeest and zebra move north east through the Grumeti Game Reserve towards the Ikorongo Game Controlled Area with a smaller number moving towards the Lobo area. The main objective is to find greener pastures as the Serengeti is getting drier.The best place to be based is in the Grumeti Reserve or mobile safari camps that are located along the western corridor of the Serengeti.

The migrating animals are in the Ikorongo Game Controlled Area moving north towards Mara River. This is the start of one of the great spectacles of the migration, the crossing of the Mara River where crocodiles make the crossing precarious for the wildebeest. The migratory animals are looking for the sweet grass of the Kenya's Maasai Mara National Park.The best place to be based is in the western part of the Maasai Mara, where visitors can wait across the Mara River and watch the drama unfold.

The migration moves into Maasai Mara in search of water and fresh grazing.The best place to be based is in Masai Mara National Park as the wildebeest spread across the park.

The wildebeest and zebra are located in the Maasai Mara. The area is dry, but water can still be found in the Mara.The best place to be based is in Masai Mara as the animals are spread across the reserve, but heading east.

The thunder clouds are starting to build up as a sign of the impending rain. The wildebeest start moving south in anticipation of the new seasons rains.The best place to be based is in the north eastern Serengeti or Loliondo Game Controlled Area (e.g. one of the mobile safari camps that follow the migration).

The short rains have started and the migration moves quickly south through Loliondo towards the western border of the Ngorongoro Conservation Area. New grass covers the Serengeti plains and the wildebeest are moving towards the short grass plains of Ndutu.The best place to be based is in Ndutu, Seronera or one of the mobile safari camps

The migration is settled in the short grass lands on the southern plains. Game moves into the Ngorongoro Crater. Seronera has permanent water and the migration will move south if it rains. Zebra are foaling.The Seronera or Ndutu areas are the best areas to be based for the migration.