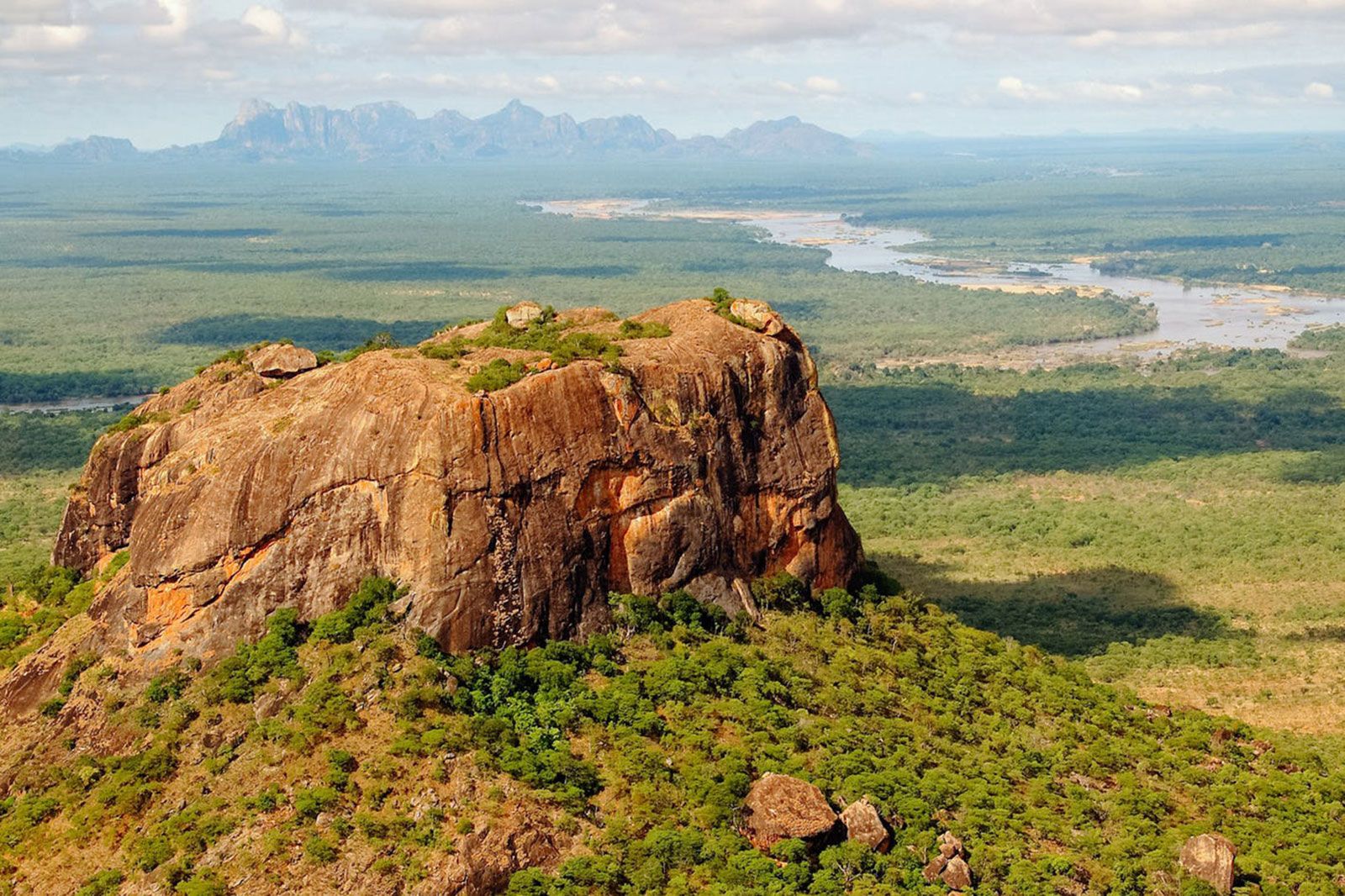 Niassa Game Reserve covers and area of approximately 42 000 sq km and is home to thousands of big game species. Niassa offers guests a traditional safari experience in a remote corner of coastal Mozambique. The reserve offers incredible photographic opportunities and is a haven for photographers.

Niassa Game Reserve is remote and exclusive and offers visitors a traditional safari experience with spectacular scenery, home to an abundance of wildlife. Niassa is situated in northern Mozambique, on the border with Tanzania, and is known as one of the most pristine wilderness areas in Africa. Covering an area of approximately 42 000 sq km, it is double the size of the Kruger National Park.

The topography encompasses soaring mountain peaks, endless savannahs, marshy wetlands, and giant lakes. This diverse ecology supports the greatest concentration of wildlife in Mozambique and contains the largest protected miombo forest ecosystems in the world. It is without a doubt one of Africa's last true wilderness areas and is the largest conservation area in Mozambique.

The reserve is a haven for photographers and ideal for photographic safaris. The Niassa Game Reserve is not a Big 5 game destination; it a safari opportunity ideal for guests wanting to explore this untouched reserve and appreciate the true wilderness.

The reserve is home to Mecula Mountain, located at the centre of the park with a height of 1 441m, adding to the varied topography of the region.

An experience of pure wilderness, rarely found elsewhere. Niassa is so remote, almost to a fault, that it remains infrequently visited and a perfect sanctuary to the wildlife that resides there.

Lake Niassa is Mozambique's side of the great Lake Malawi. The lake divides the two countries and offers superb beauty on either side, as well as water-based activities, and marine life.

Huge herds of elephant are often seen in and around the lodges, as well as on game drives through the reserve. It is an exceptionally special moment to watch these enormous creatures move so quietly through the vegetation.

Lugenda Wilderness Camp is a journey of discovery for safari pioneers to an emerging photographic safari destination.  Lugenda Wilderness Camp provides visitors with the true quality of wilderness that is rare to find on safari today. Nestled along the eastern bank of the Lugenda River, this elegant and intimate luxury tented camp accommodates just 16 people in luxurious east-African styled tents.

Mbuna Bay  Eco Lodge  is located in northern Mozambique, on the shores of Lake Niassa. It is the only lodge on the southern stretch of the Mozambican lake coast. The lodge is situated directly on a beautiful 300m stretch of white sandy beach and marvellous rocky bays and is surrounded by original bush land with huge mango and baobab trees.

The individual chalets at Nkwichi Lodge are tucked away on the lake shore and hidden just within the tree-line, making this a truly natural paradise, blending smoothly into the natural surroundings.

Most flights into Mozambique land in the largest and capital city, Maputo. Maputo International Airport receives regular flights from South Africa, however, should guests be adding Mozambique as a destination after an East Africa safari, there are private charter flights available from Dar es Salaam in Tanzania and Nairobi in Kenya.

There are also direct flights from South Africa to the Bazaruto Archipelago in the centre of Mozambique and the Quirimbas Archipelago in the far north. Sun Safaris will arrange whichever flights into the country best suit guests' itineraries.

Self-driving from South Africa to Mozambique is an option and is often an option for local holiday-makers. The road from Johannesburg, via Nelspruit, to Mozambique is in good condition and well-tarred. Should guests be flying to their destination, Sun Safaris will arrange for light air or road transfers from Maputo to booked accommodation.

Niassa Game Reserve offers a variety of activities, including game drives, game walks, rock climbing, hiking and magnificent star gazing, which is more of a variety than many other big game areas. The reserve is home to more than 12,000 elephant, 8,000 buffalo, around 200 endangered wild dogs, and over 400 species of bird. Predators are active in the reserve and include species such as lion and leopard.

The area is also home to at least 3 endemic species, including Niassa wildebeest, Boehm’s zebra and Johnston's impala. Guests can expect to see hartebeest, eland and zebra, while other game such as impala, warthogs and spotted hyena are commonly seen. Activities in the reserve include game drives, game walks, rock climbing, hiking and unbelievable star gazing.

Niassa, alongside Tanzania and Malawi, is part of the Eastern Miombo woodlands ecosystem. Almost half the reserve is covered by miombo woodland, making it one of the largest miombo woodland preserves in the world. 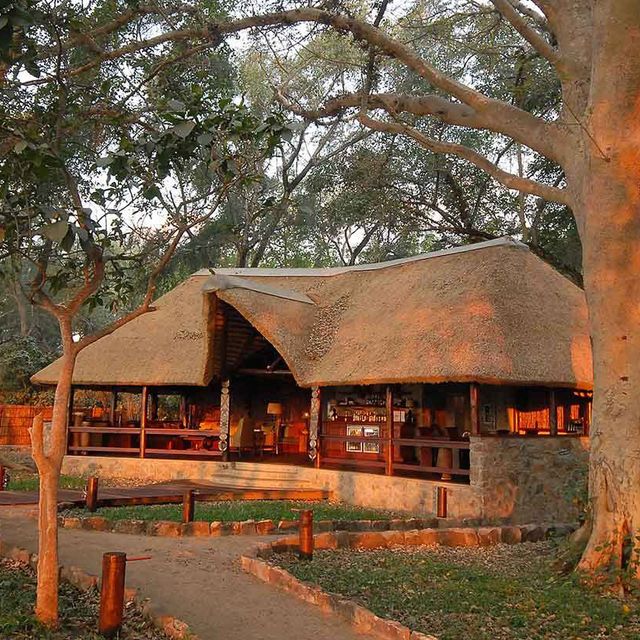 Mbuna Bay is located in northern Mozambique, on the shores of Lake Niassa. It is situated directly on a beautiful 300m stretch of white sandy beach and marvellous rocky bays and is surrounded by original bush land with huge mango and baobab trees.

On the wild shore of Lake Niassa, the 9th largest lake in the world, is where Nkwichi Lodge has been built. At 560km long and 80km wide, this lake forms the eastern border between Malawi and Mozambique. The individual chalets are tucked away on the lake shore.

Our choices for the best safari lodges in Botswana for the year 2020 – like any of our recommendations, suggestions, and pieces of advice – are shaped by personal experience. Our holiday experts build itineraries based on confidence and relationships based on trust. Each one of our four safari planners has at least a decade’s […]

Machaba camps are simple, sophisticated and elegant. There’s a certain excellence one associates with the Machaba brand, which means we’re quite excited to deliver our latest #TravelTuesday offering ! This itinerary is an ALL inclusive 9 night Botswana safari, journeying through the most remote and wildlife-rich regions of Chobe National Park, Okavango Delta and Gomoti […]

Birding destinations in Uganda & the birds you’ll find there

There are over a thousand different bird species to be found in Uganda. Of course, a number of these is so rare or endangered or seldom seen that the average binocular-clad bird-watcher might never catch a glimpse. Like the elusive Shelley’s crimson-wing, of which there are no known photographs captured in the wild! Unless you’re […]

Belin and Rachel had such a memorable honeymoon thanks to Natasha. They decided to book their own Cape Town accommodation, and left the rest to safari expert Natasha. Always great to hear that loved-up couples have an experience of a lifetime. Tashy’s clients stayed at Rissington Inn in Hazyview, Ulusaba Rock Lodge in the premier […]

Natasha booked a coastal break and family safari for a group of 12 (3 families), and they loved her itinerary. Their holiday to South Africa and Vic Falls started with a safari to Africa on Foot in the Greater Kruger. This camp offers walking safaris AND game drives. From there, they moved onto the “Mother […]